Ryan Bukowiecki covers the Bears for WARR; This is the first of our series of positional breakdowns of the Bears heading into the 2018 season

NFL teams all use the preseason as a time to prioritize competition and evaluation throughout their rosters in order to get the best players to fill up each position group.

The hope for each team is that the injury bug doesn’t come too early or too often at this time. Coaches and general managers know that having a strong back half of the roster is so important in order to have a chance to compete for postseason glory. The Bears haven’t lacked for individual talent in recent years but they’ve had a tough time building a complete team that could survive the strain of NFL regular seasons, but this year’s squad seems different.

Chicago has holes in its roster, just look at positions like tackle, pass rusher and cornerback, but every team has areas of its roster that seem thin. The Bears certainly needed to make upgrades on offense after last year and in general look like they have addressed those issues. Throughout the preseason we will take a look at some position groups and preview them for the season. This week, lets take a look at arguably the most improved position group from a year ago — the wide receivers.

Last year the Bears planned on Cameron Meredith and Kevin White to be their top two receiving targets and received a rude awakening when Meredith was lost after a devastating knee injury in the preseason; White’s season was washed out to injury not long after Meredith.

The drop off in production was steep and the Bears arguably featured the worst group of receivers in the NFL. It would be very surprising if that is the case again this year, statistically or perceptively. Chicago made a wise (or many would say obvious) decision to not count on White to be a starter for 2018 and instead kept him around to be a contributor and hope he can still develop into a consistent play maker of some use. Meredith, a restricted free agent in the off-season, could have factored into future plans but he was allowed to go to the Saints after the team decided not to match his contract offer. In response, the Bears added free agents Allen Robinson, Taylor Gabriel and Bennie Fowler while drafting Anthony Miller and Javon Wims. 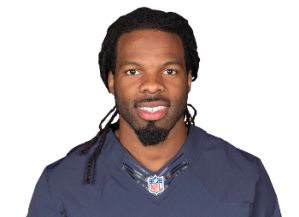 Josh Bellamy was kept because of his special teams ability along with his receiving skills, though he’s saddled with suspect hands. Overall, the Bears will likely keep a total of six players to makeup the receiving core of 2018. In last week’s preseason game, coach Matt Nagy’s Bears held out their top four receivers, including Robinson, Gabriel, Miller and White.

No surprise those guys are the top four except for maybe White. As we know the No. 7 overall pick from 2015 has been very unproven and unreliable and maybe he should have played last week but reports from camp and the off-season have been positive.

The progression of both White and Miller will be interesting to watch moving forward in the preseason, they represent two young and inexperienced receivers with tangible abilities that could develop into complimentary play-making pieces to Robinson and Gabriel.

Regarding Miller, he is a confident guy and listening to him in interviews is refreshing. It’s also refreshing to hear how many reporters at Bears camp have been impressed by his play making abilities. White hopefully can show comparable speed to Miller, if not better, but White has a wider catch radius, beyond basic measurables we don’t know much about his possible impact and as we know he has been sidelined too much.

The last two receiver spots will be big contributors on special teams which seems to make Bellamy a lock to make the roster. Bellamy drops the ball more often than he should but if that problem could be corrected somewhat then he could even be a positive contributor catching balls from quarterback Mitch Trubisky. As a receiver he does get open and has size and speed, on special teams, he does a nice job on coverage units.

If Bellamy does make the roster, then that makes five receivers with one spot left. The last spot should be hotly contested after last week’s preseason game. Bennie Fowler seemed to be the lock for the last receiver spot with his combination of receiver and special teams experience in the league but a couple drops, including a dropped touchdown may have hurt Fowler’s chances of making the team.

Javon Wims projected as a potential practice squad member, flashed against the Ravens and if he can be a special teams contributor then perhaps he can beat out Fowler. Either way, that roster spot battle between Fowler and Wims is something to watch heading into this Thursday’s game as well as the rest of the preseason until cut day.

This year’s offense is highly anticipated and half of that is from the new offensive coaches hired while the other half lie with the players. Trubisky has weapons around him that surpass what he had his rookie year and this receiving core has lots to be excited about as the wide receiver position group has a diverse set of skills at their disposal.

If Nagy can come through with his ability to scheme for players strengths and this offense can spread the ball, this year should be a 180 from last year. It was tough going into last season with the distinct fear that the Bears didn’t do enough to replace Alshon Jeffery and that fear was realized.

Things change quickly in the NFL, though, and although we have to wait until the season starts to know for sure, right now it looks like the Bears have addressed their biggest need from the off-season and built a reliable receiving core.

2 responses to “Bears: Receivers Feature New Talent, Will Need To Make An Impact”