After a full month of baseball, the Chicago White Sox stand with a record of 8-18 and a 4-10 record in their last 14 games. The Sox have shown that they can hang with anyone at times, but the club’s lack of talent is exposed at critical times against the best competition.

Versus lesser opponents, the fundamentals of the Sox’s offense and base stealing has shown us that this team has the potential to be a team to be reckoned with down the road.

In phase two of this South Side rebuild, there are young stars who have started off hot and has shown promise that hope may be around the corner sooner rather than later. 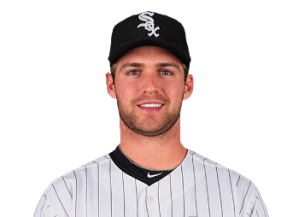 The strength of the Sox franchise has always been pitching and this season is no exception. In spite of the lack of offense at times along with spotty play defensively, two young hurlers have stepped to the forefront in April, giving the Sox a chance to win in their starts.

On the flipside, Lucas Giolito, who according to many experts was expected to be the future of the Sox starting rotation, has struggled out of the gate in 2018.

Giolito has exhibited a lack of pitch location and a lack of command on the mound which has led to his walking batters, its looked like his confidence is wavering at best. These early season numbers do notbring much hope in the future, but with simply more starts, consistency, along with more command on the bump, is to be expected.

— To rookie right fielder Daniel Palka, who made his debut last Thursday at Kansas City, becoming the first White Sox player with 6+ RBI within first four career MLB games since Jose Abreu in 2014.

27 Is The Magic Number: Sox gave up 27 runs in last weekend’s series against Houston Astros, the team responded with 27 runs of their own in their winning series at Kansas City over this past weekend.