Sidney Brown writes on the Blackhawks and the NHL for WARR, look for his weekly dispatches from the front lines of Hawks fandom every week during the hockey season.

It’s time for another season of Chicago Blackhawks hockey featuring the Men in Red.

Coming into the 2017-18 campaign, things are different given what happened in last year’s playoffs against their division rival Nashville Predators sweeping them out of the first round.

Just days later, general manager Stan Bowman stated that the playoff showing was unacceptable and changes were going to be made. True to his word, the Hawks had one their busiest summers since 2010, retooling their roster with an aim on maintaining their status as one of the top teams in the Western conference and the NHL.

Familiar faces along with new blood makeup this year’s edition of Cold Steel On Ice. 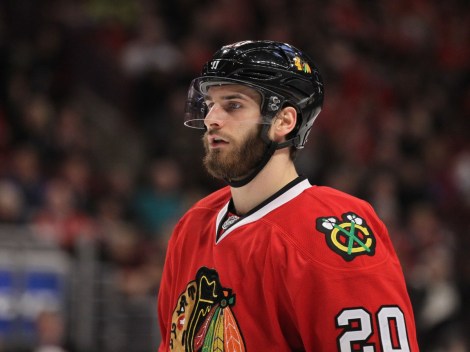 Returning star Brandon Saad will join captain Jonathan Toews along with Richard Panik to form the top line. With injuries and inconsistent play nagging him, Toews struggled to play at an MVP form and it showed in the playoffs scoring only one goal.

The return of Saad should make a major difference and the numbers don’t lie when it comes to this dynamic pair.

The Hawks’ blue liners are led by veterans Duncan Keith and Brent Seabrook. A younger core will have to step up for the bold face veterans who’ve departed (Hjmalmarsson, Oduya, Van Riemsdyk, Campbell), among them: Gustav Forsling, Michal Kempy, veteran Cody Franson and newcomer Connor Murphy. Murphy will be paired up with Keith to bring youth and experience in shutting down opponents to the top scoring lines.

Improvements are in order for the penalty kill, which finished in the bottom half (24th) of the NHL last season. With the departure of Marcus Kruger, it will be up to newcomer Tommy Wingels and Tanner Kero to hold the fort, with the potential help of new assistant coach Ulf Sammuelson as a huge upgrade.

In net, Corey Crawford has proven to be solid for years with his place on two Stanley Cup-winning teams, he has a new backup in Anton Forsberg now, it’ll be interesting to see how much Anton will play should Crawford go down with injury like he has during parts of the last three years.

With the clock ticking on this current run of players, what will this season this bring for the Hawks? How will, and how long will, this group come together for more Cup contention?

Will age start to catch up with Duncan Keith?

How much does Toews and Kane have left in their tanks entering their respective 11th seasons? Will coach Joel Quenneville lose his job if the Hawks have another early playoff exit?

We will all find out these things together as this season goes along. My prediction? Hawks will lose in the Western Conference Finals to the rising conference power, the Edmonton Oilers.