2015 seems quite a long time ago at this point.

2017 likely wasn’t in anyone’s mind in the Chicago Blackhawks’ organization two years ago, back when the Hawks celebrated their last Stanley Cup Title, if it was to have been imagined its unlikely that what pictured would have been for a second consecutive season the Men in Red being eliminated in the first round of the Stanley Cup Playoffs.

This year’s series against the Nashville Predators showcased two entirely different styles of play from CHI and NSD.

Chicago was favored by many to reach the Stanley Cup Finals but from the word GO were no match for their division rival. Nashville executed the perfect game plan from Game one to game four in neutralizing Chicago by being physical, packing the middle of the ice, stripping away the puck and scoring timely goals.

The stars for Nashville — Viktor Arvidsson, Ryan Johansen and Filip Forsberg — stepped up while the core stars for the Hawks were clearly missing in action. Captain Jonathan Toews and Patrick Kane combined for one goal in last year’s series against St. Louis, in this year’s series versus Nashville they didn’t produce much either — going for only a combined two goals. Chicago was outclassed, out-hit and never picked up their energy to compete.

Some experts may say that this year’s exit was due to players resting during the last week of the regular season and thus not having energy to start the second season. Let’s give credit where credit is due — Nashville was prepared and got inside the Hawks’ head right from the first whistle. Another set of complaints were directed at starting goalie Corey Crawford.

While Corey played well in this series, I must remind people that he can’t score goals, which means that others have to step up.  Nashville outscored the Hawks 13-3 in the series.  After reading that stat, can you really blame Crawford? If you’re going to point fingers, point them at Toews, Kane, Marian Hossa and Artemi Panarin, none of whom established themselves over four games..

Also, point the finger at the Hawks defensemen for looking slow, not covering their area on the ice, not clearing pucks and leaving Crawford hanging out to dry repeatedly. The Predators earned the four game sweep and the Hawks simply didn’t show up, thus exposing their flaws for the hockey world to see. For a team that won 50 games during the regular season, this sweep confirms to me that this season was disappointment, as big of one since this current run of overall success began in the 2008-09 season.

Yes, there have been other seasons that had early exits, an unequipped roster or one that was injured or not at championship level.  On paper this Hawks roster was filled with hope and potential to make a serious run at the Cup, but this season overall has to rank up with  the likes of 1991 and 1993 as having great success during the 82 game marathon only to fall way short of expectations.

A Look Towards The Offseason

After each of the past few seasons, the Hawks have had to make difficult moves due to the hard salary cap set by the NHL. That cap hasn’t changed, so more tough choices are expected to come in the summer of 2017. With an aging core featuring Brent Seabrook, Duncan Keith, Marian Hossa, Johnny Oduya and Niklas Hjalmarsson, changes are inevitable but the ultimate question will be who will be moving on?

The Hawks; young core of Ryan Hartman, Nick Schmaltz and Vinnie Hinostroza have made strides this season and should be key players for years to come. There happens to be a glaring need for young defenseman, though, the team’s top six defensemen are all over the age of 30. Will Brent Seabrook and or Duncan Keith be moved? Both have long term contracts but Keith is their best defenseman while Seabrook completing his 12th season with Chicago has seen his play suddenly decrease the last two years. 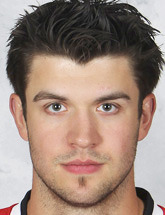 Brian Campbell and Johnny Oduya are free agents and both were exposed and beaten badly by the skill of the Nashville players. As far as goaltending, Corey Crawford is 32 years old and may start to see the other side of 30. Free agent goaltender Scott Darling will get offers from other teams but should the Hawks keep him? It would be wise for general manager Stan Bowman to move Crawford because of Corey’s annual $6M contract.

The big questions coming this off-season is will the net reigns be handed to Darling next year? With prospects in Rockford, how many (if any) will be moved to get younger at defense? Should the Hawks reload or rebuild?

With Toews and Kane both at the age of 29, the Hawks could retool to make another run at the Cup for years to come, but if management chooses to rebuild, you’re risking your two in-prime stars to be on the other side of their prime when or if Hawks become serious championship contenders again with the development of younger players.

Bowman has a lot of work ahead of him with the draft and free agency. He’s on the clock — starting now.

One response to “Sid on the Blackhawks: Another 1st Round Exit Carries Lasting Sting”