Joe “Champ” Tanksley co-hosts Regal Radio’s “The Varsity Show” with Sean “Pharoah” Terry, you can catch him on D & Davis’s special half-season breakdown of the Chicago Bears this weekend on chicagolandsportsradio.com

The first half of the season is now over and the Chicago Bears are in the middle of their bye week with a losing 3-5 record. Obviously this kind of start is a great disappointment to many Bears fans, to the players on the team and its management.

With so many glaring issues in all three phases (defense, offense and special teams) it is difficult to pinpoint where to start to fix the inconsistent performances and lack of effort in games.

As we all slug through this bye week, I wanted to take the time to highlight three key issues as to why the Bears are where they are and why everyone involved with the team is currently suffering.

1. It starts at quarterback

I’ve heard many casual and die-hard fans argue that the Bears have no identity… wrong, wrong, wrong! They do have an identity and it starts with Jay Cutler. The main reason the Bears are 3-5 and so inconsistent is because the man at the team’s most important position is so inconsistent.

Cutler’s base salary is the highest of any quarterback in the NFL, with that kind of money being devoted to paying him, he needs to be the reason why the Bears win games, not a neutral factor — which he often is at best — or the deciding negative factor at worse. He makes far too many mistakes with the football and at this point in his career Cutler should be beyond being careless with the football. Point blank, he cannot be the reason the Bears lose.

This has been an issue in all three phases of the game, from Marc Trestman’s play calling on offense, missed assignments on defense and a lack of discipline on special teams. The Bears’ coordinators and extended staff have to do a better job of putting their roster of players in position to succeed from week to week.

Whenever problems stem from a lack of execution or preparation, those things fall into the lap of the coaches. I would also argue that the Bears are no longer sure that they are putting the right players on the field (and if they are confident, then they need to re-think things), which leads to my next point. 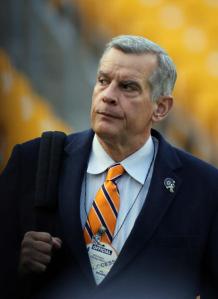 I really am a Cutler fan, but I feel that it was huge mistake to lock Cutler up for the amount of money the Bears did for this off-season.

I would have much rather preferred the franchise tag, but I can understand the logic in wanting to lock up a guy believed to be a franchise quarterback long term, but as this season plays out, it’s starting to look more and more like bad paper.

Also, it is time to let Shea McClellan go! Now a two-time failure, it is clear he cannot play football in the NFL. McClellan failed at defensive end, he fails at linebacker, the only reason he is still on the team is because he was a first round pick. Emery’s pride is the lone reason why McClellan is still earning money in the NFL.

Emery’s drafts have improved since his reach on McClellan, but his first draft class (2012) is a big reason the bears are struggling defensively right now. Since then the team has been trying nothing but youth and relative cast-offs to patch together a respectable defense, failing all the way.

Money was spent this off-season on several on free agents and none are producing outside of Willie Young. Jared Allen looks old and Lamarr Houston embarrassed himself all the way to the IR by not getting a sack in the first seven games and then injuring himself like a clown while celebrating his first one.

With all this said, let us all remember that two years ago 10-6 wasn’t good enough for Lovie Smith to keep his job. At this point, we have a coach who is 11-13 in a year and a half and we have a team that will need to go 7-1 in its second half to even sniff the postseason.

As a Bears fan, I hope that they can turn the season around and salvage it somehow, but that is a daunting task no matter what the excuses are for under-playing.

The NFC is already on pace to have two 10-6 teams miss the playoffs, each division, outside of the South arguably, looking like it has two playoff-worth teams. The way they have looked this season, as far as asking if the Bears can make a 7-1 or better run and turning the conference on its head?… lets just say it ain’t happening.

One response to “Quick Hit With Champ: 3 Keys to Bears’ Struggling Season”