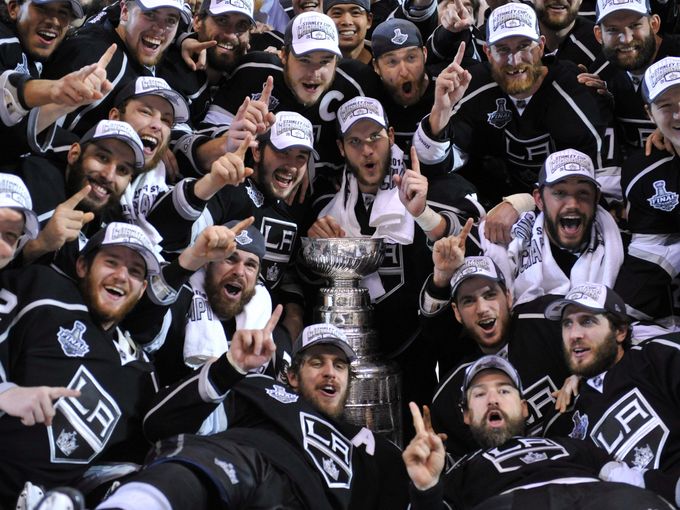 It was another successful postseason for the National Hockey League and even though it didn’t involve the Chicago Blackhawks attempting to win its second straight Stanley Cup in this year’s Final, it still was filled with spectacular saves, late game heroics and dramatic overtime periods.

Stepping out a bit from my normal Hawks stratosphere, I observed the rest of the field and came up with my top 10 games from this year’s playoffs.  Let’s walk down memory lane, shall we.

With these two Original Six franchises matching up in the second round of the Eastern Conference playoffs, this series had a fair bit of hype and it lived up to it.

With Montreal leading the series 1-0, the Canadiens started off hot and led 3-1 after two periods.  The Bruins woke up and scored four un-answered goals from Dougie Hamilton, Patrice Bergeron, Reily Smith and an empty netter from Milan Lucic to preserve the 5-3 victory in Game 2 to tie the best of seven series at 1-1.

Montreal would match the Bruins’ intensity and pulled of the series in seven games, winning the final game in Boston to advance to the Eastern Conference Finals.

With each team winning all of their home games up to this point, the Ducks were looking to put the nail in the coffin of the young Stars, but Dallas used the energy from their home fans to jump out to a 4-2 lead going into the third period.

Anaheim responded with goals from Nick Bonino and Devante Smith-Pelly to send this contest into overtime. Bonino delivered the game winner in the extra session, his second goal of the night, to send the favored Ducks to the second round to face their Southern California rival, the Los Angeles Kings.

After taking a commanding 3-0 series lead, the Sharks only had to win one game to advance to the second round, but that win was hard to come by as the Kings woke up by playing their style of hockey and Game 7 was when they proved they had control of the series after all

The Kings won Game 7 by the final score of 5-1, L.A. goalie Jonathan Quick came up huge in collecting 40 saves. Mr. Game 7, Justin Williams, tallied one assist while Tanner Pearson posted 2 points (1 goal, 1 assist). The Kings became the fourth team in NHL history to win a series after trailing 0-3 and the first since 2010 (Philadelphia Flyers).  Little did we know at the time, it was only a preview of things to come.

These Central Division rivals were primed and ready to throw down in their opening round bout. With the Blues picking up Ryan Miller at the trading deadline, St. Louis was confidant that they could knockout the defending champion Hawks.

Game 1 saw the Hawks take a 3-2 lead into the third period but the Blues responded with the tying goal from Jason Schwartz, sending the game into overtime where Alex Steen became the hero and put the home team up a game in the series.

Game 2 saw the Blues start off hot again before the Hawks woke up and tied the game at 2-2 and then the tide turned for the contest and for the series. Hawks defenseman Brent Seabrook delivered a vicious hit to Blues captain David Backes sending him into the boards which Seabrook received a game misconduct and eventually a three-game suspension.

St. Louis took advantage by scoring the tying goal late in regulation courtesy of Vladimir Tarasenko and Game 2 became the second game of the series to go into overtime. Barret Jackman took his hero turn at 5:50 in OT to give the Blues to a 4-3 win and a commanding 2-0 lead in the series.

The Hawks would respond in the series and won both games at the United Center to tie the series at 2-2. This pivotal Game 5 had huge implications on who would take the 3-2 series lead and control in the series as it progressed into the final games.

Chicago took a 2-1 lead to the third period but St. Louis responded with a game-tying goal courtesy of Alex Pietrangelo and the game went to overtime, the fourth time it happened in this epic series.

Hawks captain Jonathan Toews concluded matters by netting home the game winner (7:36) on a breakaway with a sweet pass from defenseman Duncan Keith to defeat the Blues 3-2. The Hawks closed out the Blues in six games.

With both teams winning their home games so far in the series, the upstart and feel good story-fied Colorado Avalanche were looking to take out the pesky Wild, up and comers in their own right in front of their home fans at the Pepsi Center.

In this back and forth battle, the Avalanche held on to a 4-3 lead late in the third period but the Wild would not quit and they received a miracle goal from Jared Spurgeon to tie the score at 4-4 and send this classic game into overtime.

In the back of their minds, Minnesota couldn’t get over the hump in Games 1, 2 and 5 in Denver but they redeemed themselves when Nino Niederreiter scored the game winner ( his second goal of the game), giving the Wild a 5-4 victory and the series in seven games. The Wild would lose in the second round to the Hawks in six games in a tough and competitive series.

After knocking out the San Jose Sharks in historic fashion, the Kings were ready to make their mark in the first ever L.A. Freeway Series in the playoffs versus Anaheim. The Ducks held a 2-1 lead late in the third period and looked to grab an early 1-0 series lead, but as they would do so often in this year’s playoffs, the Kings responded and tied the game late at 2-2 courtesy of Marian Gaborik, who sent the game into overtime.

Gaborik would struck again with his second goal of the game, which turned out to be the game-winner, giving the road team the 3-2 victory and a 1-0 series lead. The Kings would came from a 3-2 deficit to eliminate Anaheim in seven games, including winning Game 7 on the road for the second time in the playoffs.

The last team do win two consecutive Game 7’s on the road were the Montreal Canadiens in 2010. The Kings would advance to the Western Conference Finals to face the Chicago Blackhawks for the second consecutive season.

After losing Game 1, the Kings took control of the series over the Hawks and built a 3-1 series edge. Game 5 turned out to be a game for the ages.  The Hawks led 3-2 after the first period, but the Kings responded in the second with two goals and took a 4-3 lead into the third period.

The Hawks delivered the next punch with a game-tying goal early in the period from Ben Smith, which sent Game 5 into overtime.  The first overtime had tremendous pace with a stretch of seven minutes of non stop action including numerous scoring chances and great saves from both sides but nothing came about in terms of the scoreboard.

With elimination staring them in the face, the Hawks got a lift from 15 year veteran Michal Handzus who netted home the game-winner in double overtime to preserve a 5-4 win and keep the defending champs’ season alive.

With this classic series ending up in a Game 7, it was as simple as this — would the Kings slay the dragon and knockout the defending champs? or would the Hawks return to the Stanley Cup Finals for the second consecutive year?

The Hawks took an early 3-2 lead in front of their home fans at the United Center, setting the tone for the opening period, but the Kings fought back, tying the score at 3-3 before a Patrick Sharp goal regained hope in the Hawks (4-3) going into the third period. The Kings’ Marian Gaborik put a major scare in the Hawks in the third, tying the score at 4-4 and yet again for the second time in this series, the game went into overtime.

As considered by many to be the best Conference Final series ever played, this instant classic game and series was put to an end courtesy of Kings defenseman Alec Martinez in double overtimes, Los Angeles advanced to the Final series off a 5-4 win.

For the first time in NHL history, the Kings became the first team to win three consecutive Game 7s on the road. Knocking out the defending champion Hawks during that feat put the Kings on the map and the hockey world on alert.

With the match-up of Hollywood versus Broadway upon us, the Kings held a commanding 3-1 series lead with a chance to clinch the Stanley Cup on home ice in Game 5.

Trying to stave off elimination, the Rangers took a 2-1 lead into the third period, hoping to send the series back to New York City for Game 6. L.A. responded with a game-tying goal from Marian Gaborik to sending a contest into overtime for the third time in the series.

The first overtime saw numerous scoring chances and incredible saves from both teams but nothing came about until the second overtime where Kings defenseman Alec Martinez made his mark once again and ended his second straight series, scoring the game and series-winner off a beautiful pass from Tyler Toffoli, delivering Los Angeles its second Stanley Cup in three years.

With this memorable win the Kings’ completed a run towards Lord Stanley’s Cup that will go down as the most remarkable run in NHL history considering the road they traveled to get there.

It has been a pleasure to write about the coolest game on earth (to use the old NHL promo from the 1990’s) for the second straight year.

First off, thank you to all of our readers on weareregalradio.com and my twitter followers for checking out my thoughts on the Hawks and the NHL. Second, thanks to Regal’s “The D & Davis Show” (Ken Davis & Demonze Spruiel) on chicagolandsportsradio.com for giving me an outlet to talk hockey on the air all season long.  I hope that we’ve educated our listeners and readers on the game of hockey whether you’re a newcomer or a die-hard.

Last, but definitely not least, thanks to our editor Kyle Means for once again letting the world see what we’re about in covering the NHL. Expect more from us next season and beyond!

And a special thank you to the hockey guests who joined me and the guys from “The D & Davis Show” during this 2013-14 season: