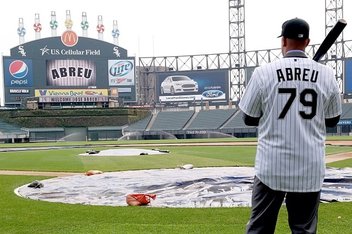 Ed. note: Welcome the newest edition to our cast of contributors here at WARR.com, Kevin Luchansky, who will be our recurring baseball writer this season.

Kevin, a New England native, grew up a Red Sox fan (naturally) but he grew to love the Chicago baseball scene upon moving to the midwest. Kevin studied studied sports marketing and journalism at Indiana University and he’s already blogged extensively on the game of baseball as well as appeared on our “D and Davis Show.” Kevin says he wants to try and bring a fresh perspective to Chicago baseball this season with opinion, insight and analysis.

Below is Kevin’s take on the Chicago White Sox and their off-season acquisitions entering this new baseball season, which opens up officially on the South Side this afternoon against Minnesota. Stay with WARR.com for Kevin’s season preview of the Cubs, which will run Tuesday morning, as well as more of Kevin’s takes on Chicago baseball every week this season.

After one of the worse seasons in recent team history, there were some areas of concern for Chicago White Sox general manager Rick Hahn to say the least.

It would also be an understatement to say that Hahn merely addressed those areas of concern this off-season– he did more than that, he likely placed in three future starters with the addition of three new players, all good bets to play major contributing roles this upcoming season and beyond: in two well-received trades with the Arizona Diamondbacks in December the team picked up Adam Eaton — placed immediately in the center field and lead-off spots — and Matt Davidson, who will start the season in AAA Charlotte but is expected to be the man soon at third base.

Dwarfing those signings and many others in baseball in recent months has been the Sox picking up Cuban defect Jose Dariel Abreu, who on commanded a six-year, $68 million dollar contract through simply strolling through the free agency market. Abreu should provide some serious power to a team that was nearly devoid of it in their 2013 campaign, ranking 19th in the MLB in home runs (148) while playing half their games in what was ranked the seventh most home run friendly park in 2013 (1.185 per game).

On the 20 thru 80 grade scales that scouts use to evaluate prospect talent, Abreu measures a 70 in the raw power category. A 70 in that category projects to roughly 25-30 home runs annually in the major leagues, which, among other things, has caused scouts and execs to draw comparisons of Abreu to fellow Cuban defector, Athletics’ outfielder Yoenis Cespedes.

Writer and Cuban baseball expert Peter Bjarkman stated in a recent article with USA Today that Abreu is the island’s best pure hitter in the last decade after only Frederich Cepeda.

Although his defensive skills leave a bit to be desired, some scouts say Abreu may surprise people with “solid” play at first base. And according to Sox beat reporters keeping a close eye on him in Arizona this spring, his defensive play has been a bit surprising — in a positive way.

In my opinion, with Eaton, Hahn did a great job addressing top-of-the-order speed, a left handed bat and long-term starting outfield help. While his arm strength is average, his speed and range in center-field should provide some help for an outfield that ranked 20th in assists (1,555) and an overall defense that ranked 29th in fielding percentage (.980).

Eaton has played in the Majors with a bit of a chip on his shoulder after his bad experience in the entry draft, being selected in the 19th round when many expected him to be drafted in the fourth or fifth rounds — his experience in Arizona didn’t help matter. Shortly after being considered “the future” in center field for the Diamondbacks after they let go of Chris Young, Eaton had to deal with being let go, he may now have an even bigger chip on his shoulder as the Arizona brass did so early with him and a cheap price via trade.

Aside from looking at minor league numbers and a small sample size of statistics from his major league appearances, it’s hard to gather any info that would help predict his success in the 2014 campaign. If nothing else, he should provide some offensive lift from the leadoff or two-slot in the lineup.

Speaking of offensive lift, third base has been a position that typically provides middle-of-the-order power and protection in good lineups, yet no Sox third basemen in 2013 ranked in the top 25 in batting average, on-base percentage, slugging or OPS.

It’s safe to say the Jeff Keppinger-and-committee experiment didn’t work, but with prospect Matt Davidson not quite ready for MLB play, it looks as though manager Robin Ventura will hand the reigns at third over to Conor Gillaspie for the time being.

Gillaspie has a slash line of .245/.305/.390 (batting average, on-base percentage, slugging percentage) in 2013, which isn’t terrible, but still leaves much to be desired at the hot corner. Hopefully Gillaspie can improve upon those numbers this year, as his marks as a minor leaguer were somewhat promising. In 2012 at AAA, Gillaspie posted a .281/.345/.441 slash line and had 14 home runs in 108 games.

While Gillaspie holds down the hot corner this season, former 2009 first round draft pick (Diamondbacks) Davidson should have a chance to refine his game both offensively and defensively with the Charlotte Knights. The White Sox could certainly use his bat this year, but there’s no sense in rushing a prospect with Davidson’s tool set to the majors before he’s fully ready.

It’s hard to tell just yet if the Sox have a chance of eclipsing the 77-win mark that Las Vegas sports books have set for them as an over/under win total for 2014, but one thing is certain: there’s only room to improve after last season’s long collapse and a 63-99 finish.

3 responses to “MLB: Season Preview Pt. 1, What to Expect From the White Sox”