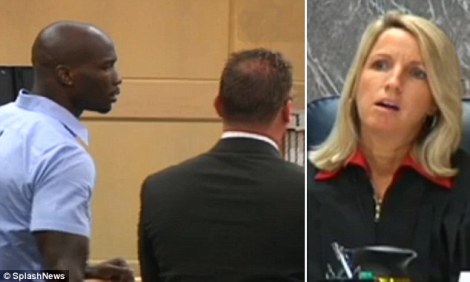 Fans of Regal Radio’s The D and Davis Show (Sundays at 12 noon on Chicagolandsportsradio.com) are certainly familiar with Ken’s Top 5 (cue D harmonizing), where the ratchet world outside sports runs head on into D and Davis’s turnt-up coverage of the games and players we love.

Weareregalradio.com welcomes Ken’s first edition of the Mid-Week Top 3, giving all of you a head start on the fun and reminding all of you to tune in to another fresh 5 along with D’s Meatball of the Week and all the other goodness every Sunday with re-airings throughout the week on Regal Radio on Blog Talk Radio.

The Doctor is in

You know an easy way to find out your life is f@$%ed? Have super cokehead Doc Gooden say you clearly had more issues than him and any of his other roommates from Dr. Drew’s (Bull Sh*t) Celebrity Rehab.

Full disclosure: I hate Celebrity Rehab, this attention grab show goes against everything that can be good about therapy. Anyway, Dwight ‘Doc’ Gooden was on Rome with host Jim Rome this week when Rome asked him who was the most messed up roommate on the show, without hesitation he went on to say it was Michael Lohan, yeah, Lindsey’s dad. Doc went on to say he could see why Lindsey has so many issues.

Wow! At least Lindsay went out and earned her drug money — her money grabbing, scam artist, pipe smoking dad didn’t earn jack except jail time. Shout out to LiLo and her fire spot, we miss you from your prime a decade ago. Most parents would consider themselves lucky beyond their dreams to have a little walking jackpot, yet so many ruin the wealth and the child’s life for their own selfish purposes.

Lights Outs, then back on!

Wait, hold up, Shawne Merriman was hospitalized over the weekend for an alleged overdose!

Three hours after Merriman was taken to the hospital from one club, he was spotted in another poppin’ bottles and kicking it with the Game. I wish he had been this diligent with his work ethic towards football. Man if Lights Out could have only played without the super juice in his system… for a couple of seasons he seemed like a Hall Of Famer. Merriman tweeted out the next day he was taken to the hospital because of dehydration, and not the yam-yam, or that girl and especially not Miss Molly — Shawn you must hydrate prior to getting scummy.

So dumb-ass former NFL pro-bowler Chad Johnson (fka Ochocinco) received a month’s worth of jail time for slapping his attorney on his backside during a court hearing. This came after Judge Kathleen McHugh ruled Chad would only have to serve community service for violating his probation. It seems as if his jail time will be reduced, but was it necessary in the first place? Judge McHugh cited the fact Chad got a chuckle out of the peanut gallery for the slap as her reasoning behind sentencing Chad. Now if his attorney was a woman and Chad smacked that, I could understand, since he was there, after all, for a domestic charge but in this case dude was just expressing happiness.

I lean toward Chad with this one, but Ocho has been an ass clown for way too long. Let us go back: Chad played his way up from a JUCO to a major university (Oregon State). Then he was drafted, worked his tail off (actually lived at the training facility) to become one of the better receivers in the NFL. All of a sudden that powerful drug known as fame crept in — Chaddy was soon hooked harder than Pookie in New Jack, deciding to change his flippin name, stopped working as hard on his craft, and to top it all off, he wifed up Antoine Walker’s old, old jumpoff. I mean Antoine shimmied right by the nuptials to the draws and you decide to marry the ol girl, Chad.

So after much thought, even though the Judge was trippin here, Ocho deserved the jail time for being as dumb as he’s been. Focus on your mistakes, dude, and get your life back in order.